Common Parts Of Both Electric And Acoustic Guitar

Headstock or a Peghead

It is a portion of the guitar that contains the pegs that holds the strings on the head of the instrument.

It is a mechanism made of screw and gear placed in the headstock of the guitar. It is used to tune and pitch of the strings.

These are embossed portion on the neck of the guitar. They are often made up of strips of metal such as alloy, nickel, and brass. Frets are utilized to alter the length of the string’s vibration resulting in different sorts of notes.

It is made of various kinds of material that are connected at the top of the fingerboard. A guitar nut is set there to manage the spacing and distance of the strings.

It is the one that holds the guitar’s frets and fretboard. It is where the guitarist places his fingers to strum the strings.

It is where all the metal frets are installed. To play the chords, you must push the string down on the different parts of the fretboard.

The Body of a Guitar

As its name suggests, it is where the soundhole, pickguard, saddle, bridge, and bridge pins are located. In electric guitar, the body doesn’t have a hole, but it does have an output jack, control knobs, pickups, and a pickup selector.

It enables the strings to be at a relevant slope to the fretboard. This bridge is placed on the lower part of the body.

These are situated on the bridge of the guitar; it is either made of plastic or refined bone. It is applied to hold the strings at a proper length.

These are strings that are made up of either steel or nylon. These strings are put in guitars to reverberate and played notes and sounds. A standard guitar has six strings and is tuned in music tone E-A-D-G-B-E.

It can be seen at the tail of the guitar. It is customarily made of a synthetic pin or wood knob. The endpin serves as the leash pin for connecting the strap of the guitar.

In acoustic guitars, there’s a sound hole in its body, a bridge pin, and a pickguard.

To conclude, I have learned that in most electric guitars, an output jack, volume knob, whammy bar, tone knob, and pickups are installed for the guitarist to make adjustments on the guitar’s volume, and other elements, the sound it will produce will come out in an amplifier. It is very important to remember the different parts of the guitar before learning how to play it. Since acoustic guitars have fewer parts, it is ideal and advised to begin learning to play with an acoustic guitar first. 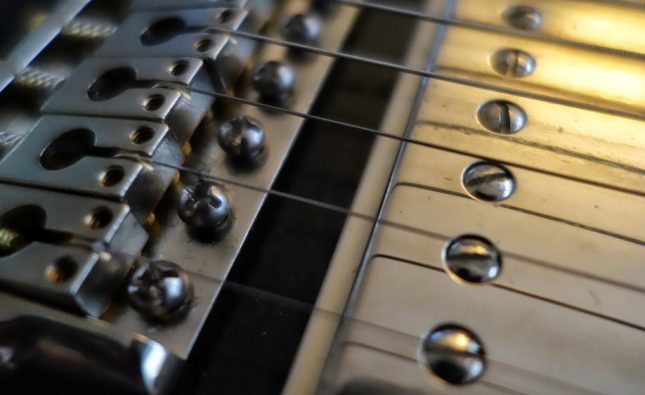 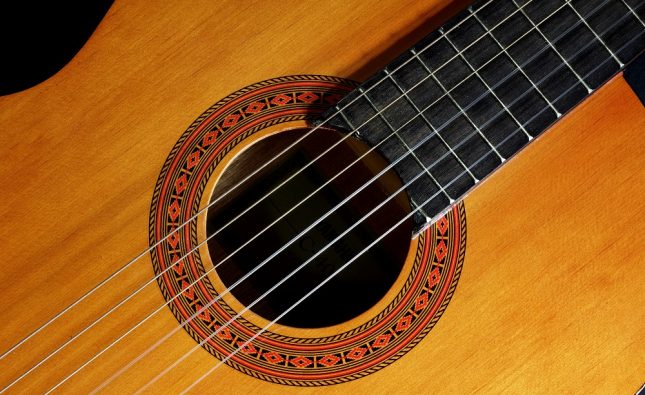 What Is The Bottom Of A Guitar Called? 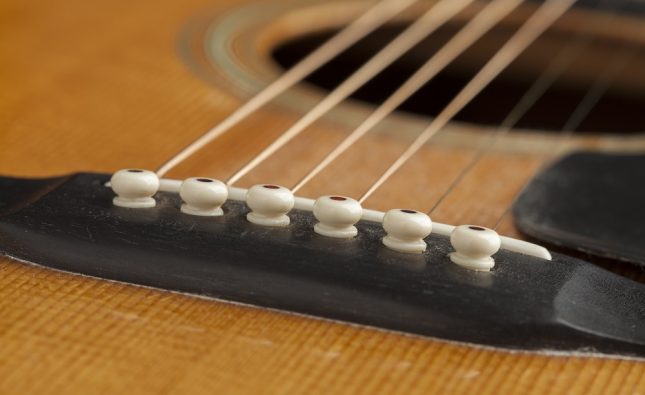 Can You Change The Bridge On A Guitar?