Do Heavier Guitars Sound Better? Finding the perfect tone for a guitar is close to impossible. There are pickups, wood material, the guitar’s body and the weight of the instrument in general to consider and every aspect plays a role in the musicality of an instrument. There’s an ongoing debate on which one sounds better, a lighter guitar or a heavier one.

In the previous decades, there have been some arguments on which one performs well, either lighter guitars or heavy guitars. But there are good examples of each to prove it, back in the 80s, it was pretty common knowledge that a Gibson Les Paul weighs as much as 12 pounds. This particular weight gives it a sonic impact, depth and definite clarity that can be found in the music of Led Zeppelin, AC/DC and even Sex Pistols.

On the other side of the spectrum, the famous Fender Stratocaster and Telecaster dominated the world with their rendition of the instrument that’s only 6 to 7 pounds. This is commonly used by artist Jimi Hendrix and Pink Floyd. It produces a very sisting sound and no one can deny its greatness and the joy it brings to the people around listening. With that being said, lighter and heavy guitars share a classic and great tonality in music.

As far as the sound goes, the answer will always depend on the tonal preference. Most guitarists use both which is the reason why they have many types of guitars in all shapes and sizes. But please take into consideration that a heavier guitar will give you an impact in terms of sustainability and it can get pretty uncomfortable to use in a long period and it will impact the way of your performance.

So others feel like it’s best to choose the lighter one because it doesn’t weigh them down, regardless of the quality of the sound it produces.

The Importance Of Tonewoods

Getting into deeper knowledge about the debate on who’s the best in terms of weight, most guitarists think that it is not about the actual weight of the instrument that makes one better, but it is the material that’s being used.

For example, take mahogany and maple, this type of woods are heavy enough and when combined add more weight than it is alone. A lot of players struggles to find a balance between the two because it is quite uncomfortable and heavy in hindsight. Though regardless of its heavy capacity, this has become one of the industry-standard wood types because of the bottom tone of mahogany combined with the maple’s high-end snap creates lush and vibrant music.

Alder, ash, and basswood contribute to the lighter side of the guitar wood type. Each particular wood type creates a different signature tonal frequencies which then influence the whole musicality of the guitar. In general, it is about the tonal characteristic of the wood and not the overall size that affects the tone.

Overall, the quality of the wood plays a big factor and produces more impact than its actual size and weight. Two pieces of similar wood will not have the exact sonic properties. While choosing the older, better-seasoned piece of wood will make a better instrument, it’s not much of a problem when choosing a basic quality of wood.

In the end, heavier guitars don’t resolve in a better quality of tone and playability or vice versa. You just need to find a guitar that fits your needs.

How Does Whammy Bar Work? 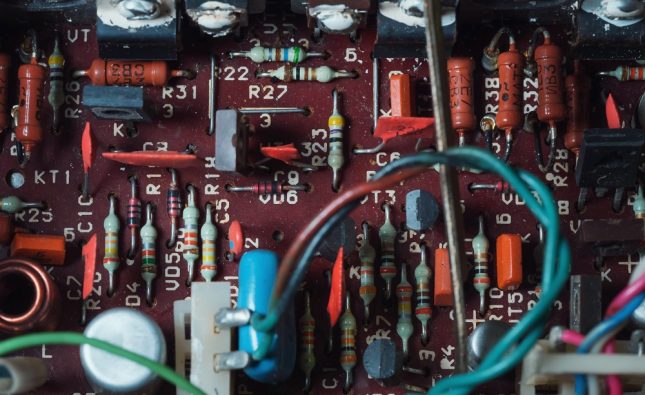 What Is The Difference Between An Amplifier And A Preamplifier?