Can You Play An Electric Guitar Without Plugging It In? Unlike acoustic guitars, electric guitars can’t produce as much sound when they are unplugged. It is due to the reason that they don’t have a sound chamber in their body, which most acoustic guitars have. They need to be plugged into an amplifier to make enough sound that is audible even in a heavy crowd. But aside from amplifiers, you can also connect your electric guitar to other types of output, such as headphones.

Can you play an electric guitar without plugging it in? Yes, you can. But it won’t produce sound as much as when it is connected in an amplifier and other audio output devices because it does not integrate a sound chamber on its body.

Do I Need To Plug My Electric Guitar?

You can plug your electric guitar to an amplifier, headphones, and home stereo. Since an electric guitar is not able to produce sound with enough volume, you need a separate audio output to deliver an audible guitar sound.

When playing in a live performance, you need a reliable amp-like Fender Frontman Guitar Amplifier to let people hear your guitar. An amplifier has a preamp that amplifies signals from your instrument. It gives extra gain to the sound and emphasizes its basic tones.

Aside from preamp, an amplifier also has a power amp. It takes the signal that comes from the preamp and then increases its strength. As a result, a loud sound can rock your speakers easily without adding disturbances in your guitar’s sound. An amplifier can also distort and shape the signal to produce a better sound.

Your first alternative to the amplifier is a home stereo system. If you want to play your electric guitar at home, this is your best choice. Home stereo is exceptionally inexpensive. Among the best home stereo, you can buy for an affordable price is the Yamaha R-S202BL Stereo Receiver.

Unlike amplifiers and home stereos, headphones will allow you to hear the sound of your electric guitar alone. This device is suitable for those who are making music in a professional or home studio. These are usually battery-powered that can let you amplify and modify the signals from your electric guitar. You can use guitar headphones as easy as plug-and-play.

But before using guitar headphones, make sure to reduce the volume of the device. Failing to do so can cause electrical surges that can harm your ears and your equipment. Some of the best studio headphones are Tascam TH-0 Studio Headphones and OneOdio Over-Ear DJ Stereo Monitor Headphones.

To summarize, an electric guitar produces less audible sound when not plugged because it doesn’t integrate a sound chamber that most acoustic guitar has. For live performances, amplifiers are the right device for you to use. For studio purposes, you can choose headphones over amps when necessary, as well as during guitar testing on live stages. For home use, you can buy an inexpensive home stereo or use the one you already have. 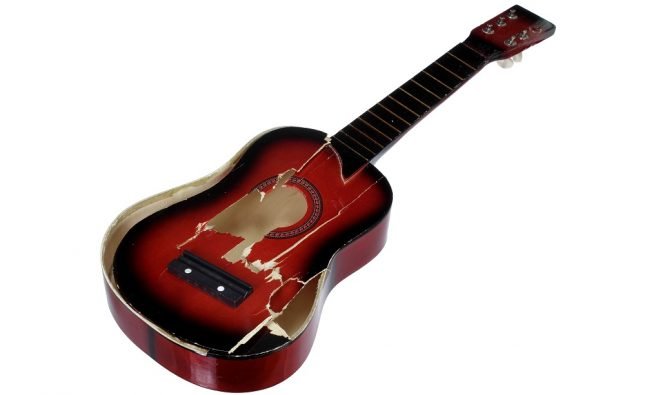 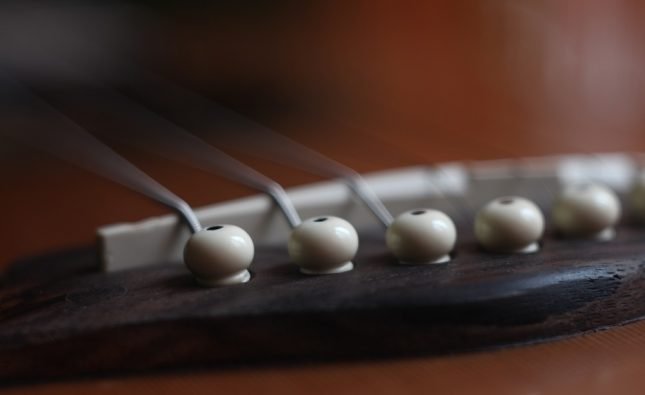 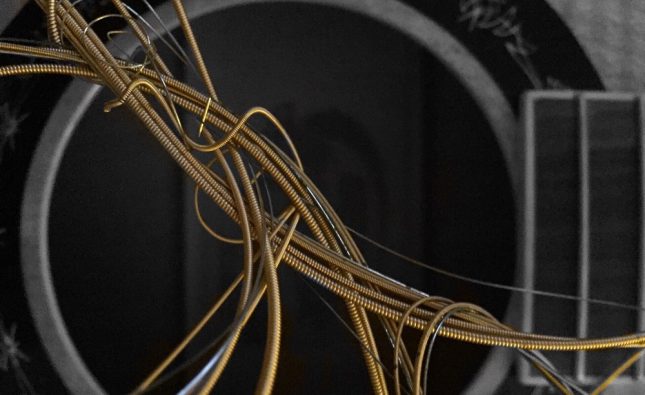